On 16th February 2021, the Secretary General of the Pan African Postal Union (PAPU), Mr. Younouss Djibrine, was received in audience in Dodoma by Tanzania’s Minister of Communication and Information Technology, Dr. Faustine Ndugulile.

Their discussions focused on the state of cooperation between the PAPU General Secretariat and the government of the host country of this continental institution in charge of the postal sector, especially in this time of the global economy marked by the overwhelming use of digital technology. 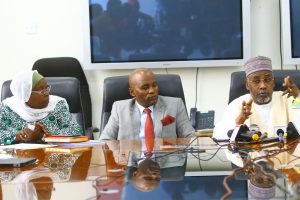 They both agreed that relations are solid and expressed the wish to further expand and deepen them. On behalf of Member States, Mr Djibrine thanked the people of Tanzania and especially the government for its unwavering support to the Union since its inception in 1980. In response to his guest, the Minister said that “as the host country, Tanzania will continue to provide all the support and assistance needed by the General Secretariat”.

The PAPU Secretary General equally seized the opportunity to present a progress update to the Minister on the construction of the new PAPU headquarters.

The next day, on 17th February 2021, Mr.  Younouss Djibrine was received in audience by the Permanent Secretary of the Ministry of Foreign Affairs, Wilbert Augustin Ibuge. During the meeting, the latter reaffirmed Tanzania’s unwavering commitment to PAPU to strengthen African integration through the post.

PAPU is a specialised agency of the African Union (AU) responsible for the coordination of postal service development activities in Africa. 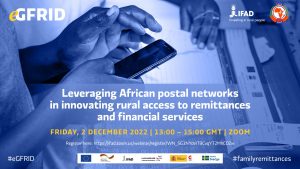